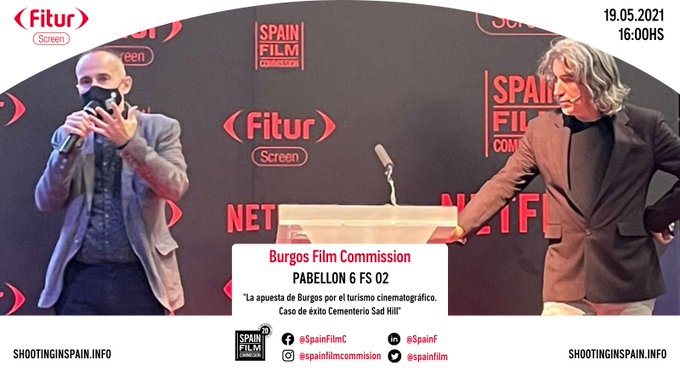 Burgos Film Commission was invited by the Spain Film Commission to its stand at Fitur 2021. There, a presentation of the background that has led the Sad Hill Cultural Association to lead this project that seeks to attract new shootings to the territory of Burgos was made.

The tourist specialization of this fair, sought an international projection in the so-called “screen tourism” in which the example of reconstruction of Sad Hill Cemetery has been integrated into the initiative “Spain Screen Grand Tour” of the Spain Film Commission.