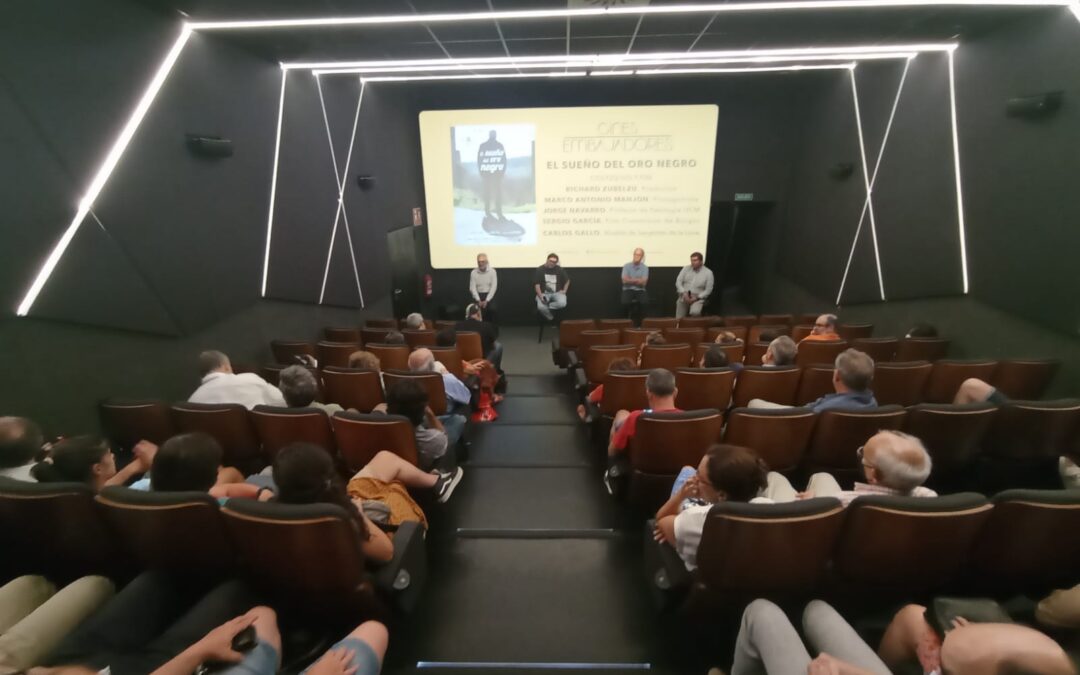 The Burgos Film Commission accompanies Magda Calabrese (director of the documentary), Marco Antonio Manjón (protagonist), Carlos Gallo (mayor of Sargentes de la Lora) and Jorge Navarro (geologist specialised in hydrocarbons) in the presentation and subsequent discussion at the Embajadores cinemas, one of the most prestigious cinemas in the Spanish capital.

Documentary about the only oil field in Spain, which tells the past, present and future of a region of Burgos that was on the verge of becoming the “Spanish Texas”. The documentary shows what it meant on 6 June 1964 when oil first gushed in the Páramo de La Lora (Burgos). An unfulfilled dream of prosperity for a town that played a leading role during a brief period in Franco’s Spain in the 1960s.