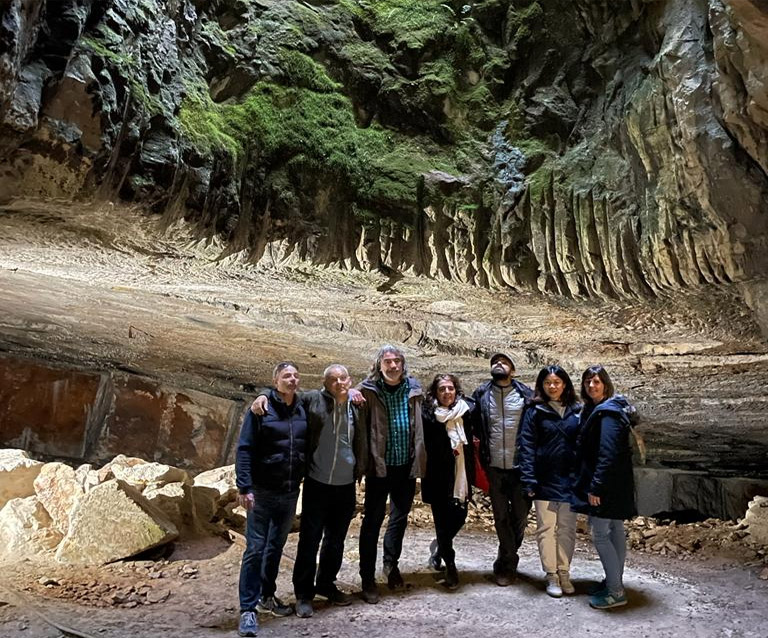 As a culmination of the promotional activities of the filming office, the Burgos Film Commission has organised, thanks to funding from SODEBUR and Promueve Burgos, three familiarisation trips with the aim of familiarising the audiovisual sector outside Burgos with the territory of Burgos and making it the location for their next projects. Attracting these film shoots is essential in order to subsequently develop film tourism and increase the number of tourists.

Sixteen specialists from the sector have taken part in these three trips and have visited a total of forty locations throughout the province. They have approached unique places such as Patrimonio de la Luz (Hontoria de la Cantera), Paleolítico Vivo (Salgüero de Juarros), the Inocencio Bocanegra Radio Museum (Belorado), the oil fields of Las Loras (Sargentes de la Lora), Territorio ArTlanza (Quintanilla del Agua) or the iconic Sad Hill Cemetery. Other places have also captivated the visitors, such as the old psychiatric hospital of Oña, Pesquera de Ebro, the wineries of Ribera del Duero, the uninhabited convent of Madre de Dios de Lerma, the mines of Puras de Villafranca or the Canal de Castilla. In the city of Burgos, the participants highlighted the potential of spaces such as the Fórum Evolución, the Círculo de la Unión, known as the Casino; the spectacular façade of the old seminary, now the headquarters of the Isabel I University, or the striking neighbourhood near this building, which could well recreate a London scene.

Among the other promotional activities carried out by the filming office this year to publicise the Film Commission abroad, the presentation event at the Film Academy in Madrid, visits to production companies in various cities and attendance at trade fairs and specialised festivals such as the Shooting Location Marketplace and the San Sebastian Film Festival are some of the highlights.